Opera Singers Holds its Final Round on Friday, February 17,

2023, at The Morgan Library and Museum for In-Person and 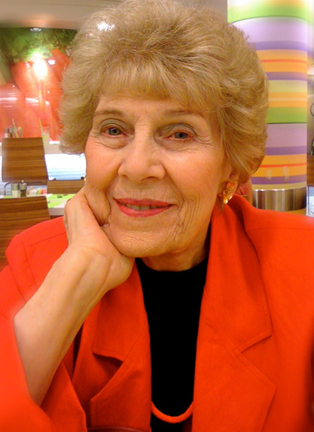 January 8, 1924 – June 23, 2022
The George London Foundation for Singers announces with sorrow that Nora E. London passed away on June 23, 2022, at the age of 98. Born Nora Schapiro on January 8, 1924, in Berlin, she was raised in Europe, coming to the United States at the beginning of World War II. She was married to world-renowned bass-baritone George London from 1954 to 1985, the year of his death. Since that time, she had been President of the George London Foundation for Singers, which her husband established in 1971.

“Our mother had a grand passion for opera that was matched by her deep knowledge of the art,” said Marina London, Vice President of the George London Foundation. “She kept the Foundation going after the death of George London, and helped two generations of opera singers through its many activities. She was the matriarch of our family and in many ways of the opera world. We will continue the work of the Foundation in her honor.”

She is survived by her children, Marina London, Marc London, Andrew Garvin and Philip Garvin, ten grandchildren, and three great-grandchildren.

The goal of the George London Foundation, the support and nurturing of young singers, was an abiding interest of both George and Nora London. “Remembering his difficult road to success, George wanted to devise a way to make the road a little easier for future generations of singers,” Nora London said. Since 1971, the annual competition of The George London Foundation for Singers has given more than 300 awards, and a total of more than $2 million, to an outstanding roster of young American and Canadian opera singers who have gone on to international stardom – the list of past winners includes Joyce DiDonato, Renée Fleming, Christine Goerke, Catherine Malfitano, James Morris, Eric Owens, Matthew Polenzani, Sondra Radvanovsky, Neil Shicoff, and Dawn Upshaw.

The George London Foundation Recital Series, which began at the Morgan in 1995, was established to give grantees exposure and experience, and, in many cases, a New York recital debut. And since 2010, the foundation has sponsored a program which gives scholarships to selected vocal students in the pre-college programs of The Juilliard School and the Manhattan School of Music.
www.georgelondon.org.